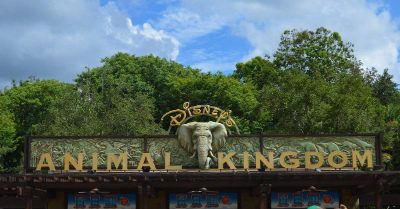 Disney’s Animal Kingdom theme park is the least visited of the four Walt Disney World Resort parks in Orlando but has some of the best attractions and experiences! It’s personally my favorite park to visit because the entire atmosphere of the park is beautiful, relaxing, and not jam-packed full of crowds like the other parks. However, there are a lot of guests who don’t quite know how to get the most out of their visit to the park. A quick read through this article will teach you how to make the most of your day at Animal Kingdom and experience a few hidden gems that most guests never get to experience.

Pandora – the World of Avatar

Most guests know that the Avatar-themed land has the super-popular (and best current Disney attraction!) Flight of Passage ride, in addition to the Navi River Journey. However, they often spend all their time in the land waiting in queues. The land itself is overflowing with incredible sights which many visitors completely overlook. The alien fauna, water features, and amazing floating mountains are all an attraction by themselves. The hidden gem in the land is the paths which weave in and out of the middle of the land and offer unique views of the amazing landscapes. While others are heading straight to the rides, be sure to take a minute to look around and explore! See if you can spot the spinning water wheel near the top of the mountains over Flight of Passage. It’s an effect which makes it look like the distant waterfall is flowing more slowly, adding to the perceived magnitude and distance of the mountains.

As a quick additional gem in Pandora, be sure to check out Satuli’s Canteen for a meal – it is by far the best quality quick-service restaurant in Disney World! You’re able to create your own bowl by selecting a fresh base (such as rice & beans or potato hash) meat, and dressing. Grabbing a Night Blossom drink from the stand next door is also a great choice to add to your meal!

While other visitors will speed right past it on their way to the other lands in the park, you’ll want to stop and explore the area around the Tree of Life. The Tree of Life Gardens, as they’re called, contain winding pathways around the tree which pass by multiple animal exhibits, including otters, kangaroos, and tortoises. They also offer a great view of the tree up close, which contains thousands of hand-carved animals in its trunk. The intricate details in the tree are truly magical, and well worth your time in the park. As an added bonus, these trails are often perfectly quiet and offer a respite from the hustle and bustle of the theme park atmosphere. Entrances to the various pathways are all around the Tree of Life, so be sure to check them all out!

One of the features that has, in the past, kept Disney’s theme park experience high above competitors is its live entertainment. Although many cuts have been made in this area, some great performers still exist. Chakranadi rocks on out his sitar daily from about 11am to 4pm just across from the Feathered Friends in Flight bird show (which is also a great park experience!). The sitar is a traditional Indian guitar-like instrument with 18 to 21 strings. Chakranadi’s talent is exceptional, and his music helps create a wonderful atmosphere at the entrance to Asia. You can check the times guide you grabbed on the way into the park to ensure you pass by at a time where you can see his performance!

Maharajah Jungle Trek is a walking trail filled with animals at the back of Asia behind Kali River Rapids. Since it’s a bit out of the way of the main path, many visitors never take the time to visit it. Along the path are monkeys, tigers, and an aviary filled with birds. The jungle trek is another great way to step out of the business of the theme parks to appreciate the natural beauty of Animal Kingdom. In the aviary, there are plenty of benches for you to sit on to rest and take a few minutes to simply watch all the colorful birds around you. There are also Disney Cast Members all along the trail to provide all sorts of fun information about the animals!

Finally, many guests are unaware that Expedition Everest has a single rider’s line. Hopping in this line will split your party up individually to fill in spots left by odd-number groups waiting in the regular line, but often has little to no wait time! It’s a great way for your smaller group to get an extra ride in, or for some of your braver party members to experience the coaster by themselves without making others wait too long. The entrance to the single rider line is to the right of the regular entrance, just to the left of the gift shop at the ride exit. As a fun fact, you should know that most Cast Members lovingly refer to the impressive (but broken) Yeti animatronic as Betty, so be sure to say “hi” as you speed past her near the end of the ride!

There are two major areas in Africa that many guests hurry by instead of slowing down to experience them. To start, the Gorilla Falls Exploration Trail is another opportunity to see animals up close. The trail features animals including gorillas, hippos, birds, and fish. It’s a short walk around the exit area of Kilimanjaro Safaris.

Secondly, Rafiki’s Planet Watch and Conservation Station are an area of the park only accessible via the Wildlife Express Train in Africa. Since it’s sort of off to the side and doesn’t include any major rides, most visitors will walk right by. However, it is well worth your time, especially if you have kids. You will have a short wait before boarding a real train to travel backstage behind many of the animal enclosures. After the ride, you will be dropped off in an area which has all sorts of animal activities, including a petting zoo. Certain mornings (if you board the first train of the day), you can even watch veterinarians perform live surgical procedures on all sorts of animals that live throughout the park.

Despite Dinoland being a bit different than the rest of the park, it contains tons of hidden details and unique theming. The story of the area is that after the research center discovered dinosaur fossils, tourists began to flock to the area. The nearby gas station, Chester and Hester’s, then decided to convert their parking lot into a mini amusement park. You can catch all sorts of hidden details in Restaurantosaurus, where interns at the research center used to stay. On the roof, there are cans of soda and darts where those interns liked to hang out. Inside, there are bunk beds, record players, and posters up in the rafters.

The area around Dinosaur contains many real fossils to create an authentic museum. Outside, the T Rex fossil is a cast of Dino-Sue, the most complete fossil ever found. It is one of only three casts from the Dino Sue bones in the world. Inside the Dinosaur ride queue, the Carnotaurus in the center contains some Carnotaurus bones and some T Rex bones, in addition to casts to fill in missing pieces. Most other pieces are authentic fossils found across the world on loan from individual collectors or academic institutions.

As a Dinoland bonus, be sure to visit the Boneyard if you have young kids who will enjoy running out some energy in the fossil-themed playground. There are even dinosaur bones to help excavate! The whole play area is enclosed, which helps parents ensure kids can’t run off somewhere.

Animal Kingdom is a great park to visit in the middle of your vacation when you need a chance to slow down, get away from the crowds, and relax a bit. Visiting each of these hidden gems will keep you entertained and get you more out of your visit to the park. There are tons of small details throughout the park that you’ll only see if you keep your eyes open and appreciate the immense amount of theming included in each land. If you arrive at the park for opening, you’ll have plenty of time during your day to experience all that Animal Kingdom has to offer!